What is foot reflexology? How is it practiced? What is it for and what ailments does it cure? Let's find out in 10 words.

With foot, hand or facial reflexology it is possible to relieve headaches and back pain, reduce stress, relieve tension in the shoulders, even mitigate cold symptoms.

This is the name of a discipline that has its roots in traditional Chinese medicine and which consists in the targeted stimulation of certain points of the body crossed by what, precisely in China, are defined as energy meridians. Reflexologies are more than one. The best known and perhaps also the most effective is that of the foot, a part of the body rich in nerve endings that are well suited to being stimulated and massaged. To it are added the reflexology of the hand and the face.

Here are 10 points that can help you understand this discipline more.

In foot reflexology, the human figure is compared to that of the tree: the roots are made up of the feet, the trunk is the spine and the branches are represented by the face, the closest to sunlight. According to this discipline, the foot supports the microcosm of the human being and for this reason it must be healthy and stable.

For physiology, this name is an automatic motor or secretory response, which does not depend on the will of the individual. In reflexology this response is induced by the transmission of a stimulus that starts from a peripheral receptor (present for example on the foot or hand), reaches a central organ such as the brain or spinal cord and from there it goes to an effector organ (a muscle , a gland, an organ). In practice, reflex zone therapy aims, through the stimulation and manipulation of certain specific points, to improve the functions of the body and to influence a positive evolution.

The assumption is that each organ, in addition to having its own specificity, reflects the entire organism in itself. Feet, hands, face and ears above all, since they are the seat of a large amount of snowy endings, would also be the most suitable organs to reflect (precisely by virtue of these endings) all the other organs of the body. On the feet we would therefore find all the reflex points of the internal organs, the spinal column and bones.

The feet are highly sensitive organs: on each of them there are 7,200 nerve endings. On the plant there are many mechanoreceptors and exteroceptors, sensitive to pressure.

American, he is the father of modern foot reflexology. In fact, despite the fact that reflex zone therapy is 5000 years old and was practiced by ancient populations already in Egypt, India, China and Peru, we have to wait until the twentieth century to have the first map of the reflex zones. Fitzgerald began his experiments in 1902 when in his study as an otolaryngologist he discovered that the pressure of certain parts of the patients' body allowed to obtain analgesia or even anesthesia of short duration. In 1917, together with his dentist colleague F. Bower, he published his first book, Zone therapy, or relieving pain at home.

Among the various supporters of Fitzgerald's theories, the therapist was the first to focus on the study of the foot, being a very sensitive area and rich in nerve endings. He published several books between 1938 and 1948 and was credited with having brought reflexology to Europe at the end of the 1940s thanks to two of his students Hanne Marquardt (German) and Doreen Bayly (English). Elipio Zamboni, pupil of the first, and Erasmo Buzzacchi, pupil of the second, introduced the discipline in Italy.

Studies, after Fitzgerald, flourished. Although the map on which all the others are based is essentially his own, the different schools have created their own map, which may differ from the first in some particularities. However, they all agree on what the general view of the foot should be.

Fitzgerald had divided the human body into 10 vertical and three horizontal zones. By applying the same division to the feet together, he was able to identify the different reflex points. The central organs, such as the spine and stomach, are located half on one foot and half on the other; those on the right on the right foot (e.g. the liver) and those on the left (such as the spleen) on the left foot; double organs, for example, lungs or kidneys, are located on both feet; the five fingers are all relative to the head and its organs.

Each therapy starts from the observation of the patient, his posture, his way of moving and walking. And of course we observe the feet, their position, their tensions and their shape. For example, symmetrical feet, that is, those that assume an equal inclination of 45 °, are an indication of relaxation, while if the head is slightly bent to the right and the right foot is abducted, it means that there is tension on the right side.

A reflexology therapy consists of three moments. The first is the search for sore points: through a more or less painful response from the patient, the parts to be treated are identified. The second is the general rebalancing treatment, aimed at restoring the balance of the various organs. Finally, the personalized treatment focuses on the most painful points, which therefore reflect the organs in greater imbalance. Generally the treatment lasts about 45 minutes for cycles of 10-12 sessions.

The reflex points on the feet are almost identical on one foot and the other; the variations are minimal. The points relating to the head, frontal sinuses, eyes, ears, shoulder, lungs, thyroid, stomach, duodenum-pancreas, adrenal kidney, transverse colon, knee, bladder, ovaries (or testes), sciatic nerve and duodenum are in fact found on plants of both feet.

The points that are found only on the left foot are those corresponding to the liver, gallbladder, acendant colon, appendix.

The points found only on the right foot are those corresponding to the heart, descending colon, rectum and spleen.

A very similar discourse is faced with the reflexology of the hand. It works on the palms on which, just like on the foot, there are the nerve endings which constitute the reflex points of the organs of the body that we wish to "treat".

Also in this case, the fingers correspond to the head and the cranial area, at the base of the thumb are the neck, shoulder and spine, while the other organs are located in the inner part of the palm. As with the feet, the difference between the two hands is minimal, but significant: on the right it is possible to massage the reflex points of the liver and gallbladder, on the left of the heart and spleen.

According to Vietnamese facial reflexology, which began in the 1980s thanks to Professor Boi Quoc Chau, the reflex points corresponding to the various winches and the musculoskeletal system can also be found on the face. It would be 600 points divided as follows: above the nose there would be the endings relating to the head, neck and shoulders, above the eyes the arms, the hands would be "located" near the ears. The nostrils would represent the pelvis, while the mouth and chin area represent the legs and feet. Similarly, the reflex points relating to the heart and lungs would be found in the nose area, the stomach and liver cheekbones, the kidneys on both sides of the mouth and the intestine and colon on the chin.

Facial reflexology is used above all to relieve ailments such as headaches, neck pain, stress and, in some cases, even insomnia. 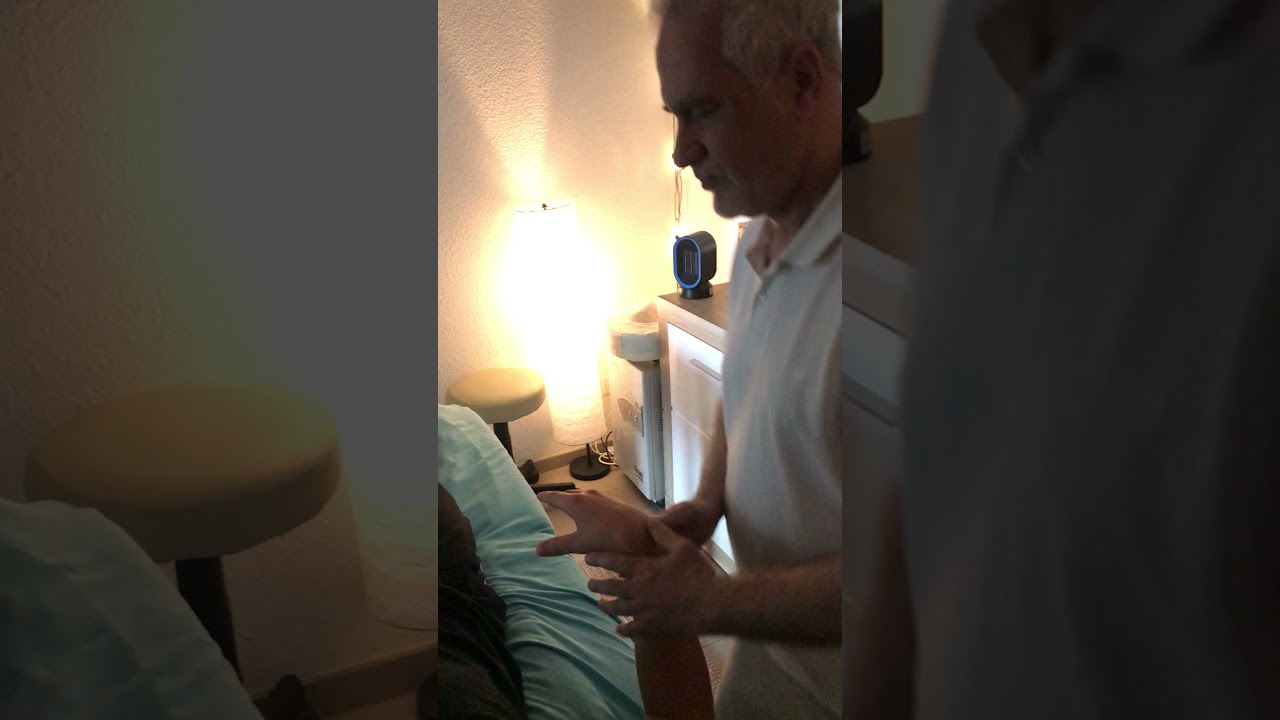 Korean relaxation, a little known oriental discipline, part 2 - the treatment of the hand